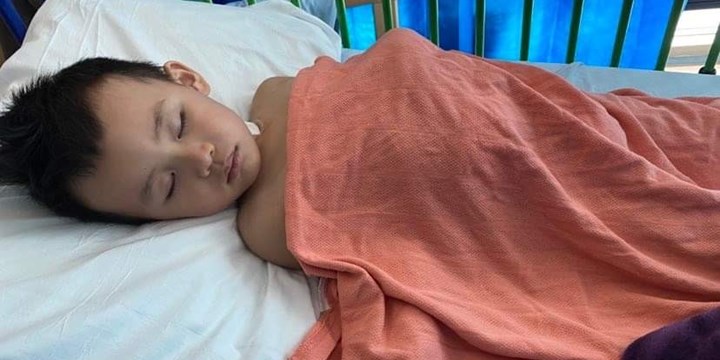 Paediatric surgeons are urging parents not to buy toys that include small, often brightly coloured magnets as Christmas presents, following a dramatic rise in the number of children needing operations after swallowing them.

The Children’s Surgery Foundation issued the warning as research showed a five-fold increase in children swallowing magnets in the last five years.

“During this period, there was a five-fold increase in the number of children who swallowed magnets, most of which were brightly-coloured matchstick-shaped pieces found in children’s building sets,” says Mr Thakkar. “More than 40% of the children needed surgery and in half of the cases the children experienced complications as their intestines had holes in them, which led to infections.”

Only 2% of children swallowing button batteries required surgery, but 42% of those who swallowed magnets required either keyhole surgery (laparoscopy) or more invasive laparotomy, which involves incisions in the abdominal wall to gain access to the gut.

“If children swallow one magnet it will probably pass through their body harmlessly but if they swallow two or more magnets, especially at different times, the magnets, which are increasingly very powerful, are forced together in the intestines, squeezing the tissue so that the blood supply is cut off. Significant damage can be caused within hours with holes being made in the children’s intestines which cause the children to be unwell, and sometimes seriously ill, with many requiring complex operations to remove the magnets and requiring long periods of recovery time in hospital,” says Mr Thakkar.

Trustee of The Children’s Surgery Foundation, Miss Caroline Pardy, a paediatric surgeon at Evelina London Children’s Hospital, says “The increasing number of referrals we receive regarding children who have swallowed multiple magnets is very worrying. Fortunately, the majority can be monitored using x-rays to follow the passage of the magnets out of the bowel and can avoid surgery, but we have seen a number of children who have become seriously unwell, particularly in young non-verbal children and in whom the magnet ingestion has not been recognised. I have also spoken to many parents who are very angry that their child has swallowed the magnets whilst at school. Such magnets are sometimes used as ’sensory’ toys for children with additional needs. In other circumstances the magnets have been brought into school by other children. I would urge all schools to ban such magnets, regardless of the age of the children.

“The majority of children whom I have managed with ingested magnets are of an age that parents may not feel are at risk of doing this. They are also usually embarrassed, and even when the magnets have been identified on an x-ray will often deny the ingestion. This reluctance to tell a parent is also dangerous, because the ingestion may go unrecognised for a longer period resulting in greater potential risk."

The surgeons say they are seeing children as young as two years old who have swallowed magnets, but also teenagers. The average age of children being admitted to hospital after swallowing magnets is seven years.

Mr Thakkar adds: “These magnets are promoted on several websites and on social media. We are seeing some children who follow influencers on TikTok who use magnets to create false piercings on their tongues and cheeks and when the children have copied them, they have accidentally swallowed the magnets.”

Mr Munther Haddad, chairman of The Children’s Surgery Foundation, President of the British Association of Paediatric Surgeons (BAPS) and a consultant paediatric and neonatal surgeon at the Chelsea and Westminster Hospital, Imperial College Healthcare NHS Trust, says: “Our main message especially in the build up to Christmas, is not to buy your children toys with magnets in them. If families already have toy magnets at home it is essential children are supervised carefully when they are playing with them and if the children are old enough, please warn them of the dangers of swallowing magnets.

“There is a statutory requirement within the UK, specified in The Magnetic Toys (Safety) Regulations 2008, for all magnetic toys sold to be accompanied by a warning, but most manufacturers do not display these. This means that many parents don’t realise the problems magnets can cause until their children end up in hospital.”

His father, Hung Bui, says: “Jimmy swallowed tiny magnets used to stick a note onto the fridge. He started to get tired and then stopped eating and going to the toilet, so we took him to our local A&E.

“We had no idea that he had swallowed three of the magnets until we saw it on the x-ray.

The 33-year-old adds: “The magnets had stuck together causing a hole in Jimmy’s bowel. He was transferred to Evelina London Children’s Hospital for open surgery and spent three weeks recovering there.

“We are always very careful, but this still happened, so I want to warn other parents out there to be very vigilant. I would urge them not to buy toys containing these magnets. We don’t have any of these magnets in our household anymore.”

NHS England has called for a ban on these types of magnets in toys because of the dangers they pose.